The Lebanese city of Byblos is one of the ancient cities of Lebanon, but rather one of the old cities in the world that still exist since its establishment in 5000 BC and was a fishing village called Jubal. Over the years, it has kept pace with the civilized development in the region and has become one of the cities with a special character and political presence.

Byblos has relied heavily on trade and tourism to build a strong economy, as it is characterized by the presence of many historical and archaeological monuments that made it one of the most famous tourist places in Lebanon, which made travel to Lebanon and tourism in Byblos a sure choice for tourists.

The most important landmarks of Jbeil: Byblos Castle is one of the most important tourist places in Byblos, which was established in the twelfth century AD by the Crusaders after they took over the village and reconstructed the castle’s fortresses in 1197, which came after Salah al-Din al-Ayyubi’s control of the village of Byblos and came Building the forts of Byblos Castle in place of the old Persian fortress.

Byblos Castle played an important role in defending the village by repelling Cyprus’ attacks on it. In addition, it is renowned as the most important tourism element in Byblos due to its ancient and historical importance. The history of the old market dates back to the end of the 19th century. It is one of the ancient and most beautiful areas of tourism in Byblos, which is visited by tourists around the globe, as it is characterized by being a commercial area with an ancient civilized character that includes various goods and manufactures such as clothes, handicrafts, souvenirs, and wood carvings, visiting The Old Souk is a must when traveling to Byblos.

As for the development of the old Byblos market, the municipality was keen to preserve its cultural heritage with the addition of some updates, and this was done through the restoration with sandstone and changing the doors of the shops to resemble each other, which gave it a touch of modernity by preserving it as a commercial market with a civilized character during the day And a modern area at night bustling with young people and tourists from different regions, especially those who go to restaurants and cafes. 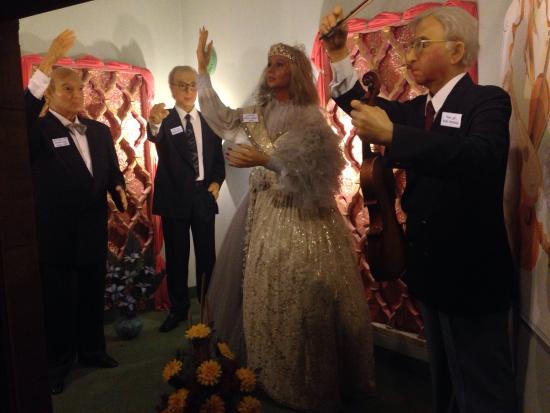 The Wax Museum in Byblos, Lebanon, is a vivid picture of the history of the Middle East in general and the history of Lebanon in particular. By making it possible to view the different eras, starting with the primitive man in the prehistoric period, passing through the successive eras of Lebanon, including the Phoenician eras, then the Crusaders era, then the Byzantine era, all the way to the history of the modern era in Lebanon.

The Wax Museum provides visitors with a historical atmosphere from ancient to modern times by entering it through underground vaults. The museum contains many important sculptures of many famous people of different eras, such as the poet Gibran Khalil Gibran. Thus, the Wax Museum is an important component of tourism in Byblos. With a cultural and civilizational heritage. Byblos port is one of the most important tourist areas in Byblos, which significantly impacted the development of the city’s commercial sector and maritime trade over many years. Furthermore, Byblos port is a major source of livelihood for the residents of the region and a touristic place of an archaeological nature.

5- Temple of the Obelisks

The Obelisks Temple is one of the ancient historical monuments built in the period between 1900 – 1600 BC, and a large obelisk and many small obelisks were erected in it. The large obelisk represents the temple’s god, while the small obelisks refer to the worshipers and aim to perpetuate their memory.

It is worth noting that the temple workers have created a lot of valuable materials, including bronze statues covered with gold leaf and a lot of jewelry, tools, and jars made of pottery. The temple was moved to its original location after dismantling its contents, which allowed archaeologists to. A very important discovery is the ruins of the ancient temple. The ancient Byblos region, which was built to be a village for fishermen and known as a fishing city due to its location on the Mediterranean Sea, and was surrounded by walls like a jagged wall, and with the passage of years, many archaeological discoveries belonging to different civilizations appeared, which changed a lot like the small village to take the character of the city in terms of its streets and nature its buildings.

Development also began to invade the city from multiple aspects, such as the tourist and economic aspects, making it one of the most important and famous cities in Lebanon. As a result, travel to Byblos became a specific target for many tourists.

The old market street, which tourists visit to enjoy an atmosphere of civilization and heritage, is one of the most important elements of tourism in Byblos and the most famous tourist area in it. For him.

We also find that it mixes old and modern characters by being a favorite place for young people, especially at night because of its many restaurants and cafes. Kafr Debian shrine is one of the most important and famous tourist areas in Byblos, Lebanon. It has a great reputation in the Middle East and the world because it is the largest ski area in the entire Middle East region, making it an essential choice for tourists coming to Lebanon and those who wish to travel to Byblos, whether from inside Lebanon. Or outdoors, especially lovers of snowboarding.

With the many areas of tourism in Byblos of an archaeological nature, we find that it is one of the most historical tourist cities in Lebanon, which still retains its ancient heritage in addition to modern development.