The Lebanese city of Baalbek, the city of the sun, one of the most important tourist cities in Lebanon, a heritage city, as heritage should be; Its roots are deep in history.

Its strategic location as a transit area, and a crossroads for caravans in the past, between northern Syria and northern Palestine on the one hand, and between the Levantine mainland and the Mediterranean coast on the other hand; He made it a stable for many successive civilizations, which left behind unique archaeological and historical monuments. It also increases the beauty of the city of Baalbek; It is located in the middle of the Bekaa Valley with its vast green areas, interspersed with the Litani River.

Tourism in Baalbek will develop your spirit of knowledge, and now pack your bags to take you to the most important tourist places in Baalbek that have been sleeping on their laurels for more than 5,000 years.

The most important landmarks of Baalbek: The Roman ruins in Baalbek are one of the most tourist attractions in it. Furthermore, the Roman civilization is considered one of the most influential historical civilizations in Baalbek, as it left behind many famous monuments, such as buildings, temples, castles, forts, shrines, and sites containing the ruins of cities and ancient Roman settlements.

The city of Baalbek was an expression of the religious spirit enjoyed by the Romans, and this is reflected in the huge number of remains of the Roman temples in it, which unfortunately were destroyed, and only some columns remain; That is why the Romans called it “Heliopolis” or the city of the sun, and because of the Roman monuments in Baalbek, the masterpiece in its design; The city was included in the UNESCO World Heritage List.

If you are looking for a list of the most important tourist places in Baalbek, then the magnificent Baalbek Castle must come at the top of that list without controversy; It is one of the paragons of the old times and is one of the most prominent tourist attractions in Lebanon in general.

The castle contains the most important Roman temples of Baalbek, which were built by the Greeks thousands of years ago, the most important of which are the temples (Jupiter, Venus, Mercury, and Bacchus). In addition to these temples, the Baalbek Castle consists of the “bench,” the “old portico,” the “pistol hall,” the “great square,” the “altar and the tower,” as well as the Baalbek Temples Museum, the Arab Citadel, Ibrahim Mosque, and many important monuments.

3- Stone of the Pregnant Woman The Pregnant Stone is the largest carved stone globally, with a length of about 20 m, a width of 4 m, and a weight of 1615 tons. The Hajar al-Habili is located at the northeastern entrance to the city of Baalbek, where the Romans used to remove large stones and sculpt them; is to establish the castle of Baalbek, but what is surprising is how the ancient man was able to move a stone with that weight on a high hill, such as the current site where it is located; So many fairy tales and legends were woven around him. 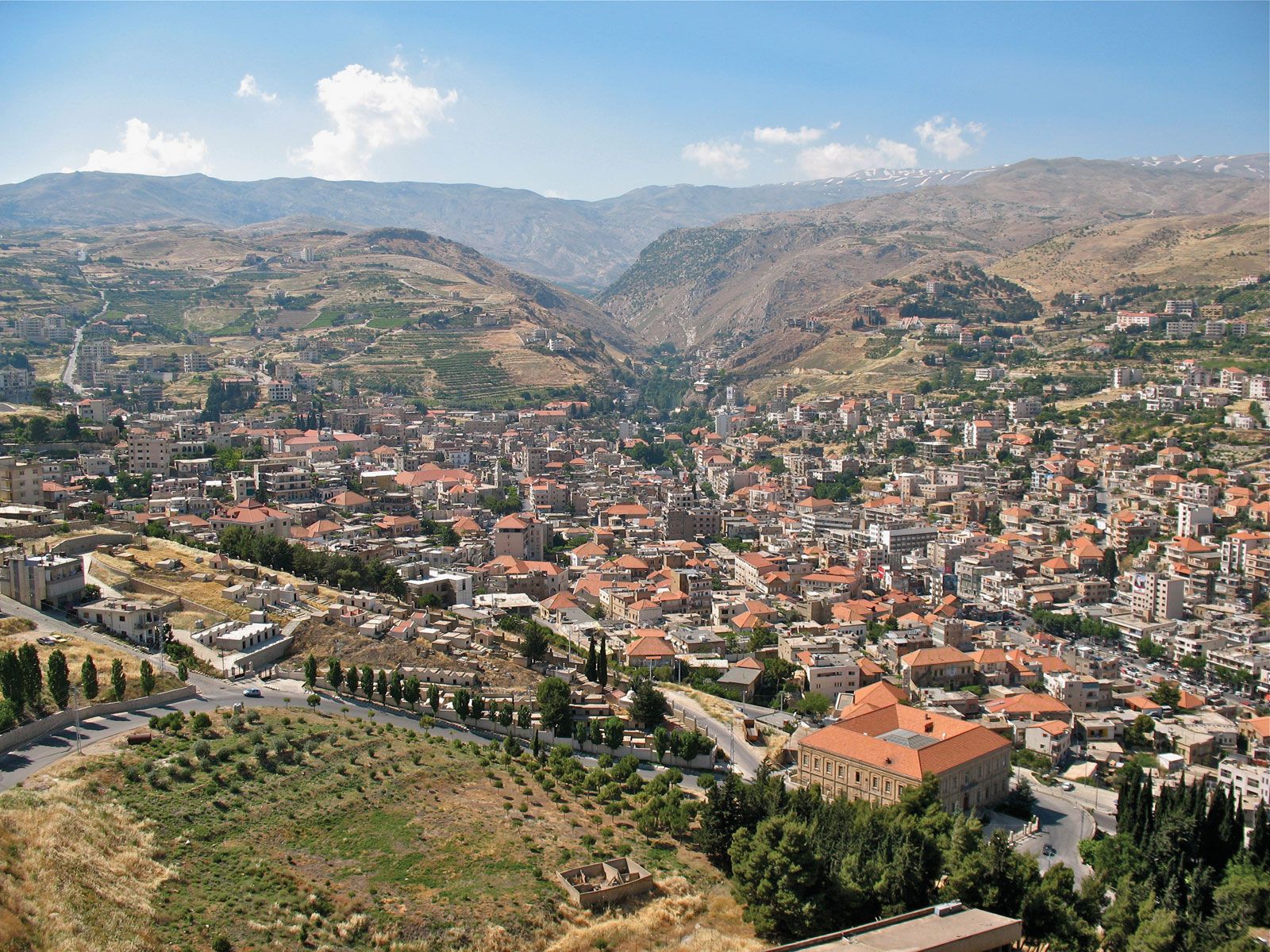 The Bekaa Valley is one of the most beautiful natural places in Lebanon; Because of its stunning views; Resulting from its privileged location in central Lebanon, bordered by the western and eastern mountain ranges of Lebanon.

The Bekaa Valley is considered the food basket of the State of Lebanon; Because of the fertility of its soil and the profusion of water in it, where the Orontes and Litani rivers, the largest rivers in Lebanon, permeate it; Therefore, orchids are spread in the Bekaa Valley, the most famous of which are apples, as well as vegetable cultivation. These features made the Bekaa Valley a center for many civilizations, which left the most wonderful archaeological sites.

When traveling to Baalbek to pass through the Bekaa Valley; To enjoy the fragrance of history amidst the charming nature.

Of course, the Islamic civilization passed through the city of Baalbek and left behind many wonderful monuments, most notably the Great Umayyad Mosque, which is the largest of the ancient mosques, located opposite the Baalbek Castle. The history of the Great Umayyad Mosque goes back more than 1,300 years when the Umayyads decided to build it inside the city; Because the citadel mosque is no longer sufficient for the worshipers.

The Great Umayyad Mosque in Baalbek is similar in architecture to the Umayyad Mosque in Damascus. It is characterized by its wonderful inscriptions and historical columns, taken from the Roman temples adjacent to the castle. Throughout its history, the mosque was subjected to demolition due to the earthquake and other factors, but it was recently restored, and it became qualified to perform prayers there.

The shrine of Khawla bint Al Hussein is located at the southern entrance to the city of Baalbek. It is esteemed as one of the most important tourist places in Baalbek, where thousands of people come to it annually from the Arab East. May they be blessed with the owner of the shrine, who was famous for being a woman of dignity and high standing, as she came to Medina when she was five years old, but she died and was buried near a cypress tree.

After her death, a shrine was erected in this place, then a mosque and a group of halls were built around it. The erected from the outside is an architectural masterpiece characterized by its wonderful carvings in the Ottoman style.