Ajman is one of the most famous cities in the Emirates, and it is located in a central location on the western coast and the middle of the United Arab Emirates. The emirate’s beaches stretch for nearly 16 kilometers, and these beaches cover nearly half of the total area of ​​the emirate.

The city of Ajman is the capital and commercial center of the emirate and its most famous city, and it is located opposite a creek whose length reaches about 16 km and includes several tourist places in Ajman, which is one of the best places of tourism in the Emirates, of all kinds, between historical and modern.

The best tourist places in Ajman

The city of Ajman is a coastal city with a special charm and elegance, not only thanks to its charming marine view that captivates you wherever you go across its borders but because it is one of the most cities in the Emirates where the charm of nature meets the nobility of the past in one place bearing the name of Ajman Corniche if you want to shop this Up close magic, pack your luggage for an unforgettable vacation in one of the most wonderful tourist destinations in Ajman.

But before that, accompany us for a few minutes during that tour to learn the most important activities that you can do to enjoy the magic of Ajman Corniche to make your travel decision.

Activities to do on the Ajman Corniche 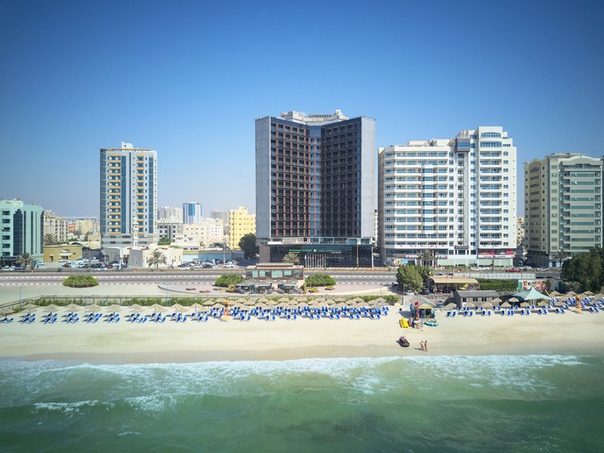 • Enjoy the atmosphere and gentle sea breeze while relaxing under one of the wicker umbrellas and palm trees spread along the Corniche.

• The practice of activities and sports associated with marine parks, such as swimming, fishing, riding inflatable boats, or windsurfing.

• Take a tour around the Corniche and enjoy the charming view of the sea, its turquoise waters and golden sands, and the luxurious Ajman hotels overlooking it via walking paths or by renting a bike.

• A visit to the ancient Al Murabaa tower in the southwest of Ajman, a sandy brick watchtower was dating back to the 1930s.

• Eat a delicious meal from fast-food restaurants or those that sell traditional country or city dishes, and then drink the favorite drink from Ajman restaurants and its cafes spread on the southern border of the Corniche.

• You may attend one of the national celebrations or festivals held in the Corniche in a fun and enjoyable atmosphere. 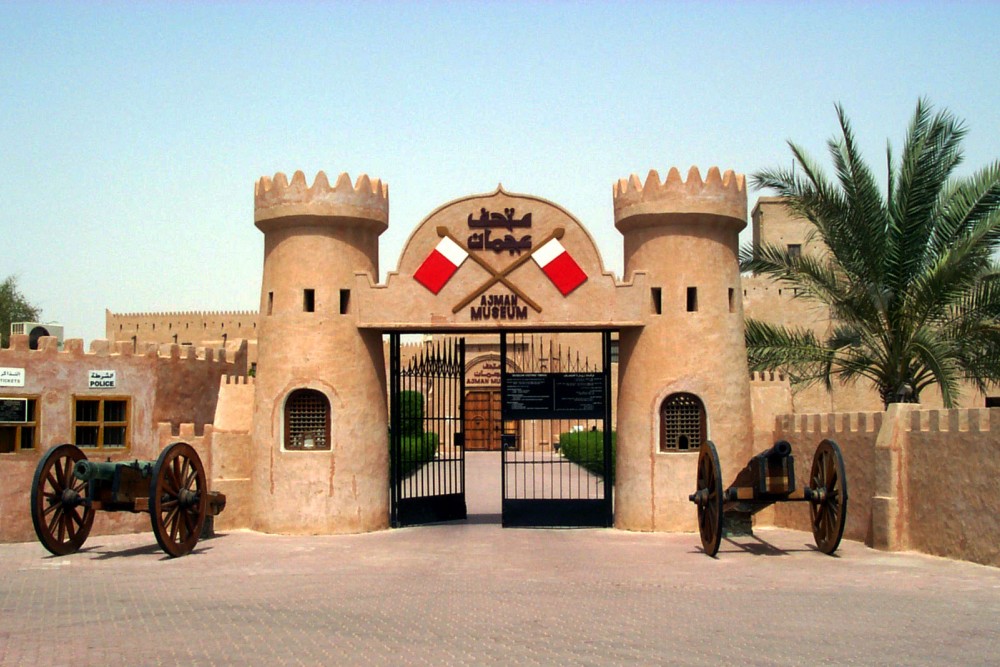 The Ajman Museum Museum of tourist places in Ajman distinctive has been Ajman Museum building old is a fortress. A stronghold for the presidency in the emirate was built during the century 18th and became the seat of government until 1907. It was later transformed into a museum that tells the history of the area and is now a museum of Ajman city, One of the historical destinations that tourists turn to learn about the culture of the Emirati people through the many exhibits in the museum.

Activities you can do inside the Ajman Museum.

The museum contains exhibits that include aspects of the life of the Emirati people in the past, so you can wander around to see the ancient folk costumes, along with handicrafts that were made in the past, pottery and cooking tools, and there are also pictures of the crafts that men used to work with in the past in the Emirati society.

Interestingly, you can learn about the old Emirati houses and how they were built and the materials used for this purpose and see pictures of the living rooms and kitchens and what they were made up of. You can also discover how ships were made, which the Emirati people were famous for in the past, and you can also find fishing tools. And farming tools.

• During your tour, you will learn about the ancient Emirati education classes, which were called Al-Mutawa’ or Al-Kitab, and how they looked.

• There is also a special hall in the museum for the old Emirati folk market, which includes models of ancient folk crafts and professions such as the barber, shopkeeper, tailor, stock vendor, cotton, mason, merchant, and many others.

• The museum’s upper floor houses the bedroom of Sheikh Rashid bin Humaid Al Nuaimi, who was the last inhabitant of the fort before turning it into a museum. The floor includes his possessions such as weapons, notebooks, and souvenirs. 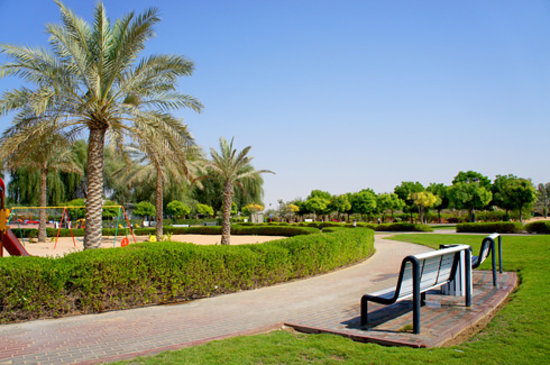 Al Hamidiya Park Ajman – or known as Al Helio Park – is one of the famous Ajman parks. The park is distinguished by its location far from the city center, providing tranquility for its visitors.

The family park includes a number of facilities that guarantee to spend the most colorful times in it, such as playgrounds, green paths, places for children’s games, and restaurants and cafes. Therefore, Al Hamidiyah is one of the tourist attractions in Ajman that visitors resort to relax and recreation.

Activities you can do in Al Hamidiyah Park, Ajman.

• Staying away from crowds, greenery and tranquility is all you may need to have a relaxing time. Because all of this is available in Al Hamidiyah Park, it is ideal for getting this relaxation amidst trees, greenery, and clean air.

• Children can also enjoy their time in Al Hamidiyah Park through their play area, and they can play and jog on the green areas that extend throughout the park.

• For an integrated picnic, Al Hamidiyah Park provides a number of restaurants and cafes that offer fast food and a number of cold and hot drinks.

On Friday and Saturday from 10:00 am until midnight.