Tourism in Granada is limited to historical monuments. It has national parks that attract nature lovers of tourists, and residents of the city. The Sierra Nevada National Park is one of Granada’s most famous tourist areas, which attracts lovers of charming nature.

You can wander around the park amidst the great pine forests, passing through the charming river valleys. It is a park where the elements of nature are integrated and combine to form a fantastic panoramic scene.

The park will also allow you to clear the mind and restore vitality after an extended tour of the city’s sights that you have visited. It is one of the unique tourism centers in Granada and the most visited by the city’s new tourists. The Science Park is an important center for science in Spain in general. It was opened in 1995.

Many important events are held in the Science Park, including permanent exhibitions and temporary exhibitions. In addition to that, the park owns a cultural exhibition, a planetarium, a library, a cinema, and a restaurant, and a cafe for visitors, so the park is considered one of the integrated visit places for every tourist who visits it. San Nicolas Square is one of the most famous tourist places in Granada. It is a place for hikers. Here the visitor finds the panoramic view that he is looking for on his trip, as he can see the city of Granada from a higher point and overlook the Alhambra from another perspective.

Nicholas Square has all the elements of an integrated tourist destination for the tourist, where he can take the largest group of wonderful photos, as well as be able to wander between the narrow streets of the square and learn about its great history, and can sit in one of the restaurants or cafes located in the square, in addition to the possibility of shopping with special souvenirs.

It is one of the tourist destinations in Granada that will leave a good impact on your memory, so do not miss it and put it on the schedule of important attractions in the city of Granada. A piece of ancient Spain represented in Plaza Nueva, it is one of the best tourist destinations in Granada, especially for lovers of photography. The square contains a group of elegant buildings built hundreds of years ago and still retains their splendor to this day.

In the square, you will find a group of trees that decorate it and add beauty to it above its beauty, and you will be able to sit in one of the high-end restaurants and bars in which you are located.

If you are a fan of wandering, this is a good opportunity to wander around the square and learn more about its buildings’ history before heading to the Alhambra. 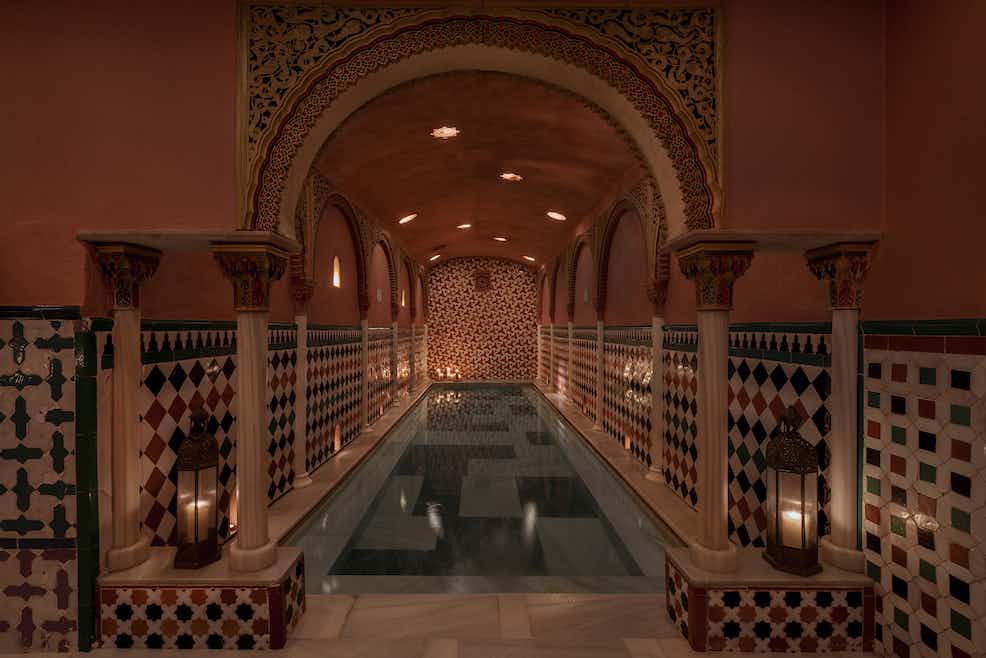 The decor of Hammam Al-Andalus is similar to that of the Alhambra, so when you enter it, you will feel comfortable, especially when sitting in the waiting area and having a cup of hot tea.

The bathroom has a steam room and a room for massage sessions, so take the full experience and get a wonderful relaxation session in Hammam Andalusia in Granada.

Tourism in Spain is always different from tourism in any other country, especially tourism in Granada. This great historical city will lead you to learn about the Arab history in Andalusia, and this is certainly something to be proud of, so do not miss this rich visit.